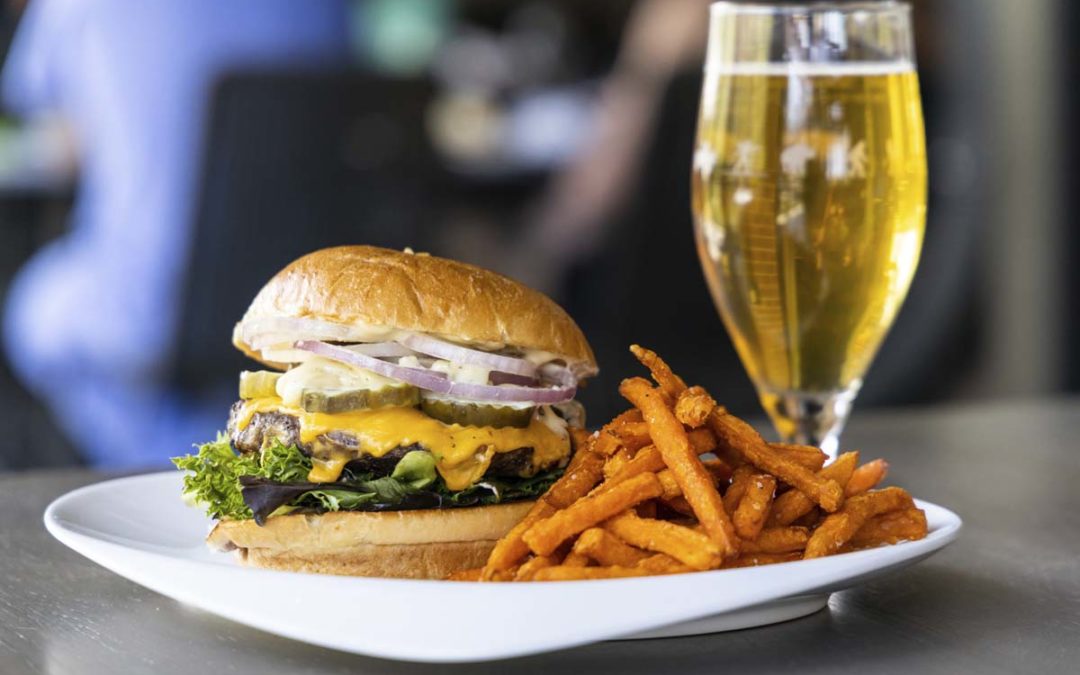 On Monday, June 1 the Great Divide Brewery and Roadhouse opened in downtown Castle Rock. The massive 325-seat undertaking debuted to immediate fanfare, utilizing its impressive interior and 75-seat patio to maximum, safely-distanced effect. Combining a full roster of Great Divide beers with food, wine and cocktails from Vibe Concepts, the Roadhouse marks the brewery’s second departure from the city, following 2019’s Great Divide Brewhouse and Kitchen at DIA. “We view this as an opportunity for people to drink freshly-brewed and tapped Great Divide beer outside of Denver,” said Divide’s marketing manager Matt Sandy.

The collaboration between Vibe and Great Divide came naturally. Vibe owner and operator Dan Shipp’s longstanding friendship with brewery founder Brian Dunn allowed the two to spring at the opportunity when the property — adjoining Castle Rock’s Festival Park — became available. “It’s two Colorado stabilized groups that have been here 25 years,” said Shipp. “It was a concept that had worked at the airport. We have a lot of trust in Vibe,” added Sandy. While HMS Host acted as food partner for the Brewhouse and Kitchen, the partnership with Vibe seems to be an even more natural fit.

Vibe — formerly the Roadhouse Hospitality Group — has been responsible for a range of restaurants across Colorado since opening Spanky’s near the University of Denver in 1991. An early concept from the group, the now-defunct Wazoo’s on Wazee was one of the first places that served Great Divide’s beer. On June 30, the Roadhouse will debut its first Castle Rock-exclusive brew, the Arapahoe Amber — reviving one of the original beers Great Divide produced and subsequently served at Wazoo’s. “In 1994 even an amber ale was pretty unique. It’s almost a historic style at this point,” said Sandy. 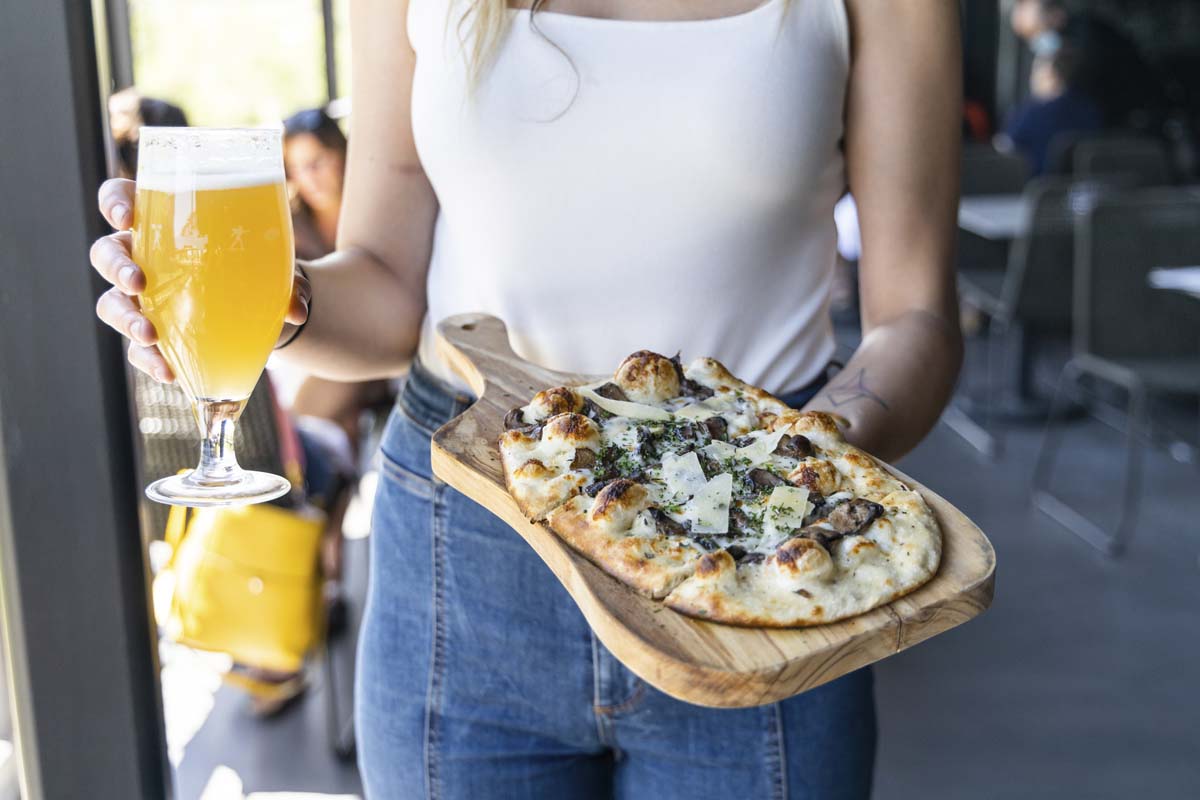 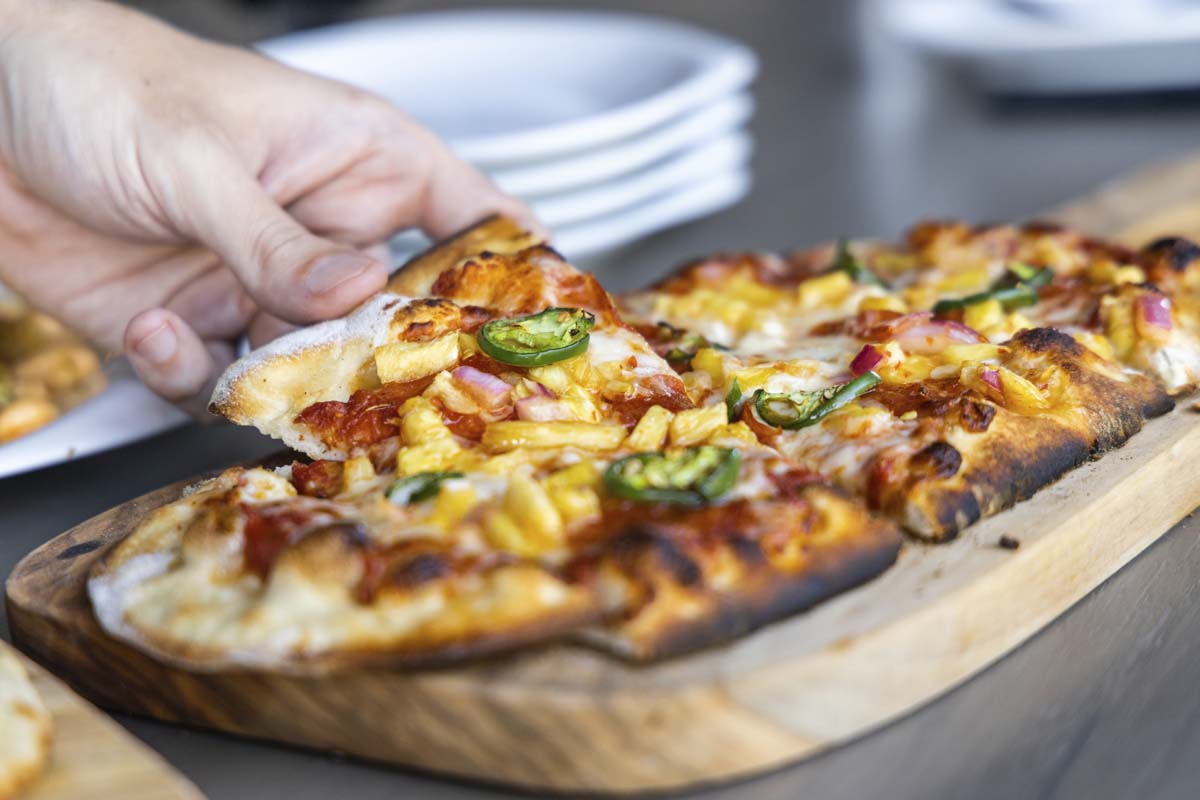 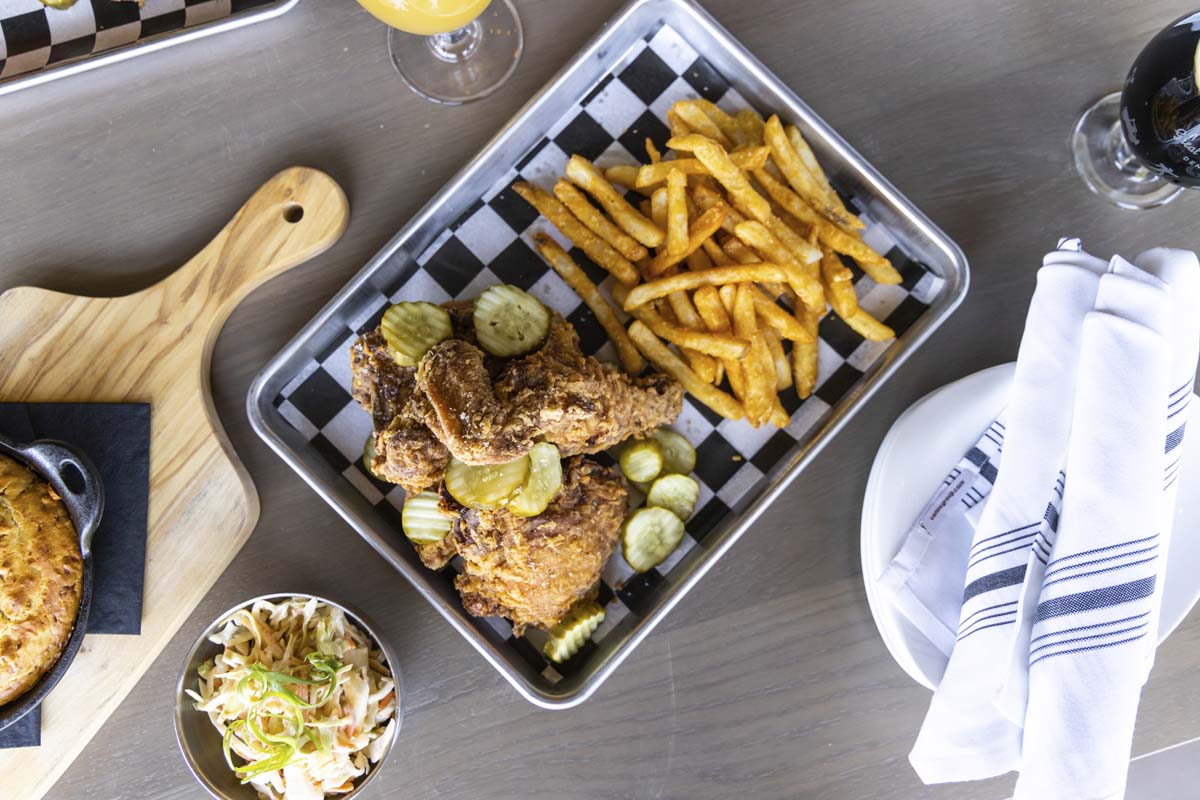 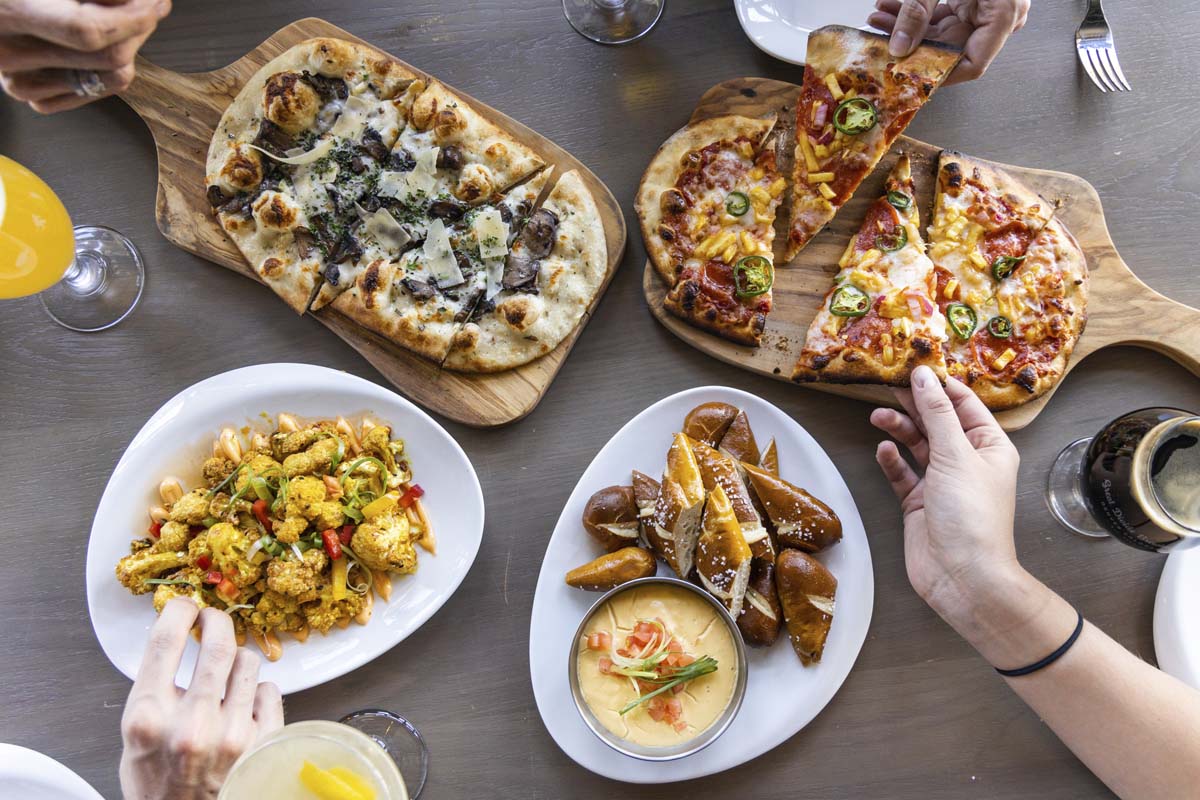 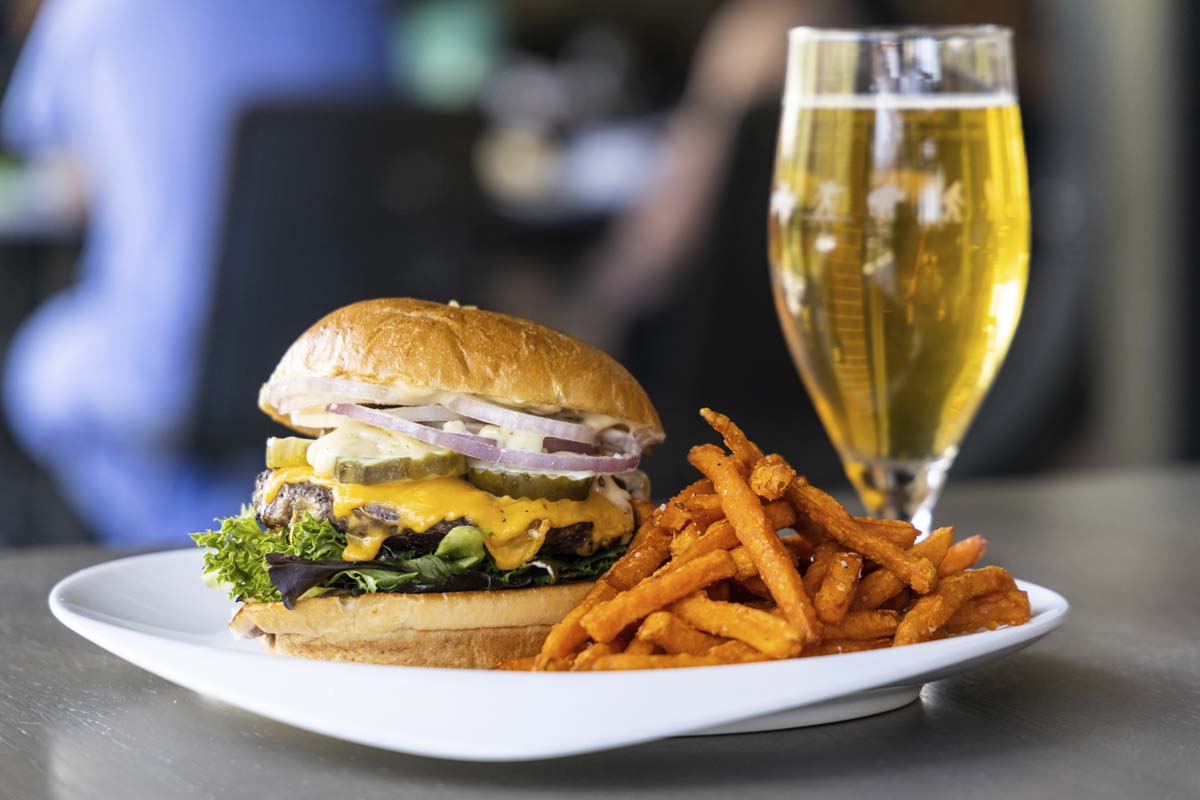 The venue is particularly viable for social distancing, largely due to its seamless integration between the interior and the patio. The lively bar section features a nice glimpse into the production area, with the outdoor space overlooking the bike path. “Part of my attraction when I went and saw the property was the four garage doors separating the patio,” said Shipp. The Roadhouse intends to continue acting as a hub for the growing Castle Rock downtown. “We like to be in the thick of it,” said Sandy.

The partnership plays to both company’s strengths. “Great Divide knows beer but food is not necessarily in their wheelhouse,” said Sandy. “They’re not in the food business, they don’t wanna be in the food business,” echoed Shipp. The menu — helmed by Vibe’s corporate chef and president of operations Justin Adrian — features a range of well-crafted bar staples — starters, wings, soups, pizza, chicken, steaks, burgers and signature entrees. Adrian, who also acts as the executive chef at Tstreet, has included some of the favorite items from the Lakewood location.

“Working with a volume of 300 plus people the menu has to be executable,” said Shipp. Both the Asian Brussels Sprouts ($12) — with sweet and spicy sesame and goat cheese — and the Short Rib Enchiladas ($18) — with pepper jack cheese, corn tortillas, jalapeno white cheddar cream sauce and honey-chipotle molasses — come directly from Tstreet, while the burgers, including the Magic Mushroom ($15) — with wild mushrooms, swiss, truffle aioli and arugula — were developed fresh to synchronize with the beer. 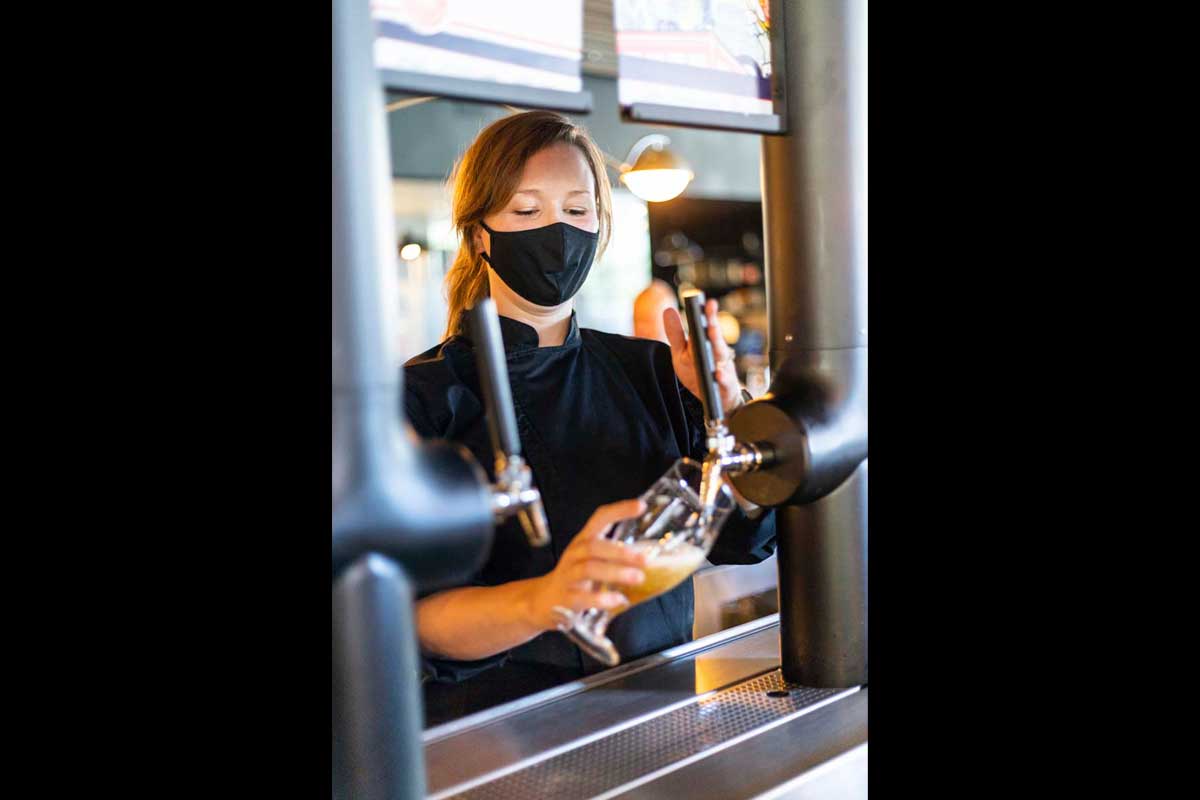 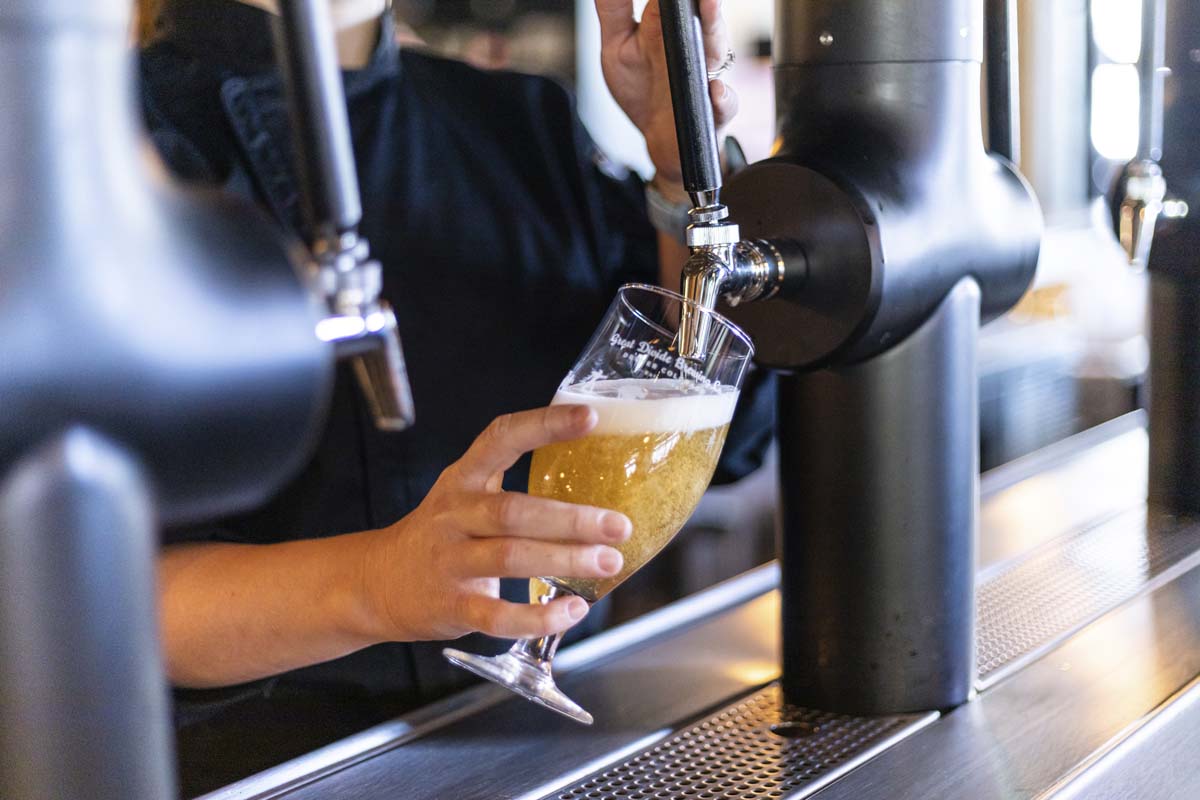 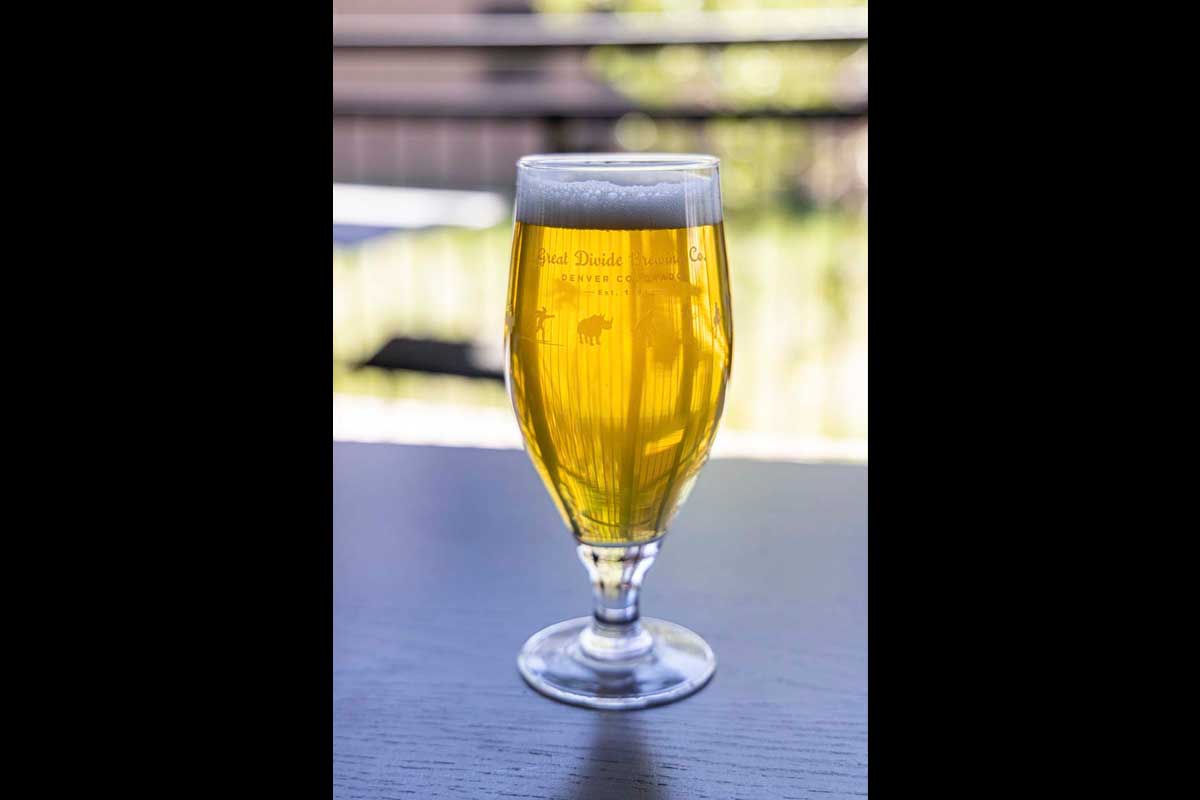 While Vibe was primarily responsible for the front of house, Tony Rau — Great Divide’s innovation brewer, who is primarily in charge of recipe development — played a large role in developing the brewhouse. There are currently 17 of the company’s beers on tap, ranging from the usual suspects to more exclusive and seasonal series. Staples like the Collette ($6.50), Denver Pale Ale ($6.50) and Great Divide Lager ($6) are joined by a rotating cast from the Yeti Series ($7.50) and creative products from the Wood Werks Barrel Series ($9.50) including this month’s Old Fashioned, which nicely pays tribute to its cocktail namesake.

“The Castle Rock location gives us an opportunity to experiment,” said Sandy. Even with proper safety measures in place, the Roadhouse has been bustling — with up to two-hour waits becoming the norm on weekends.

All photography courtesy of The Denver Dish.